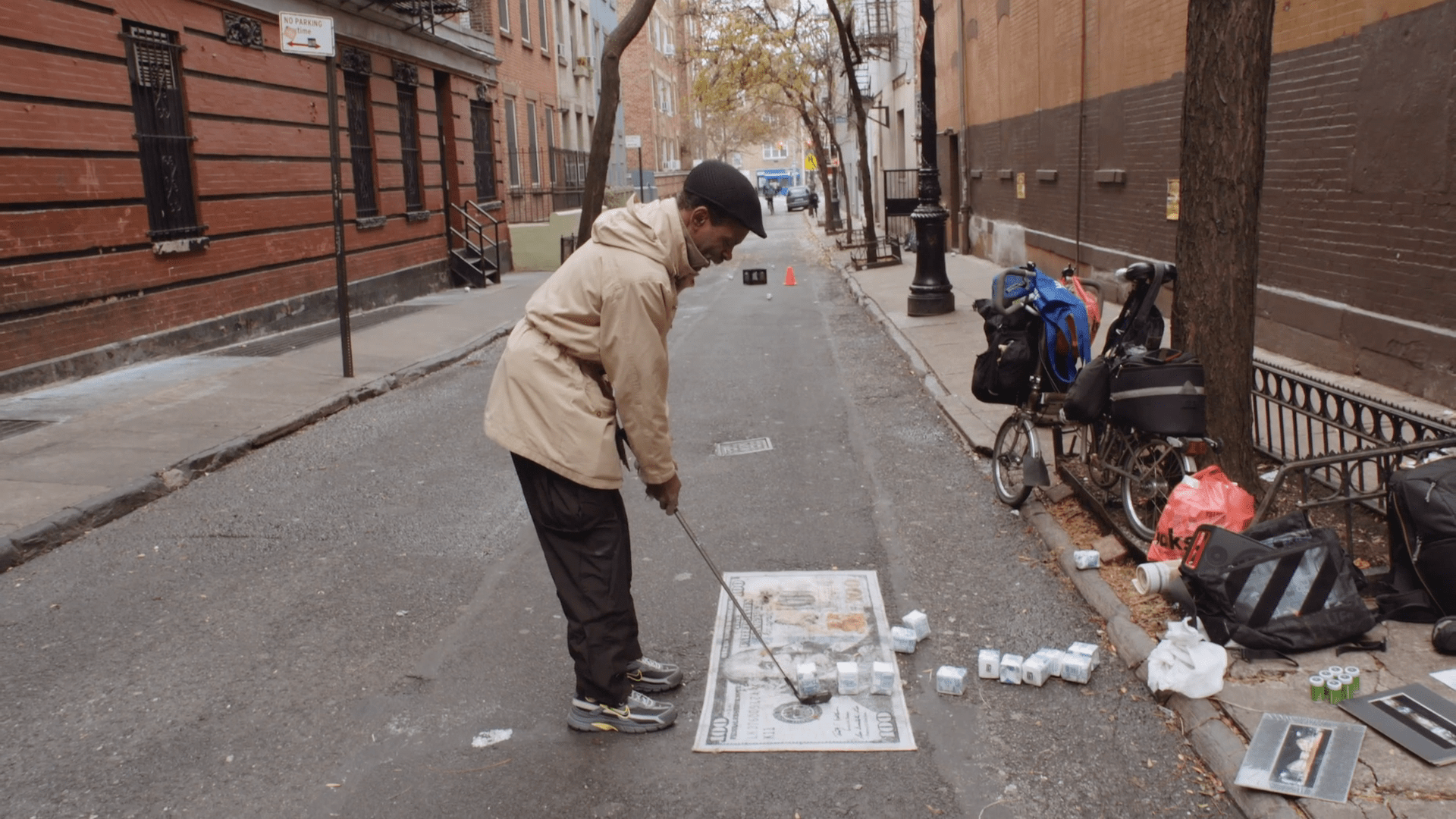 When rapper Schoolboy Q posed for GQ, the cover prompted some of his peers to clown him. Wiz Khalifa called him “Nappy Gilmore” which I found hilarious but he’s not the first person to be called that.

Patrick Barr is a street photographer who has been scouring the streets of New York for the perfect photos since the 90s. Besides being called Nappy Gilmore, he also goes by the moniker Tiger Hood which is equally as dope. He’s also a keen street golfer and the type he plays was his own creation.

Come on! It’s the real fucking deal here. This ain’t Hollywood, baby! This the motherfuckin’ streets!

He says the game only needs things items: a golf club, a milk carton stuffed with newspaper, and a crate. A short film called Neighborhood Golf Association was made all about him by filmmaker, Nicholas Heller. It shows Patrick’s charm, eccentricities, and a penchant for swinging stuffed milk cartons with golf clubs.

It’s a warm tale of a man with his hustle who, in his own words, “would like to be able to quit his job and try to make a living playing golf”. So, if you see him in New York, consider buying one of his photographs and help the cause.