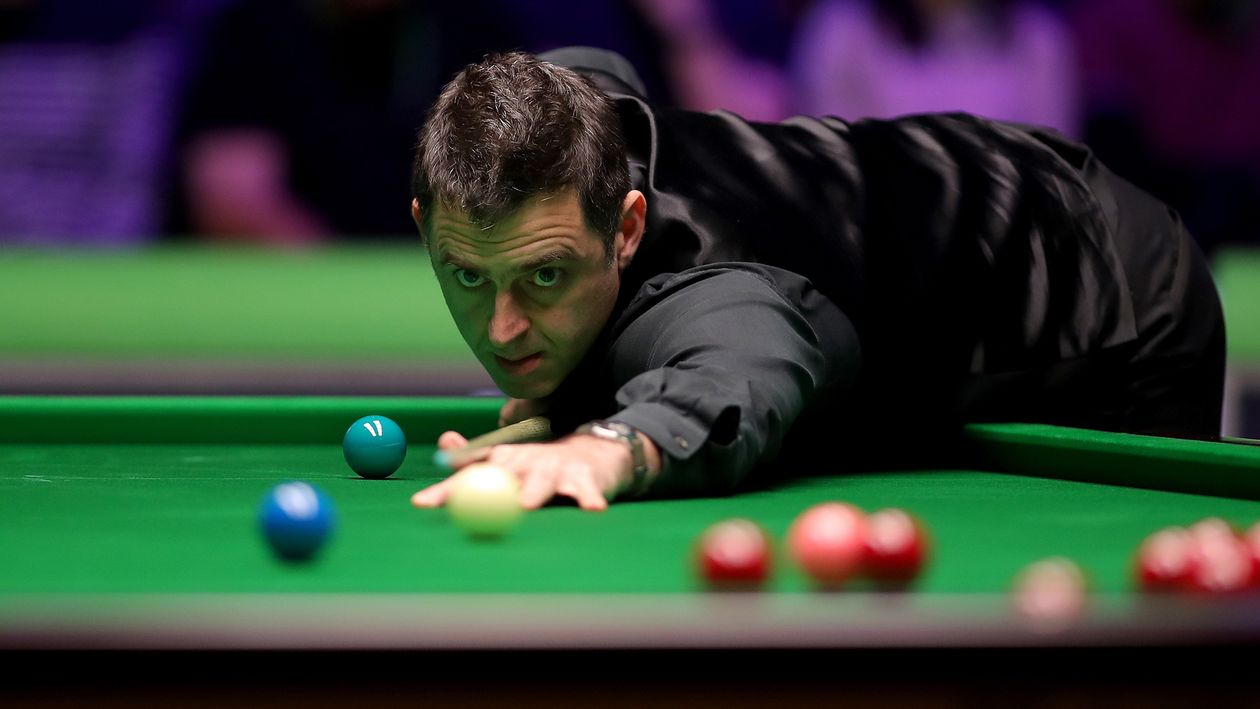 Although I haven’t been watching the snooker at all this year, I’ve been keeping an eye on the World Championship every few days. Update here, update there. Before the tournament, Ronnie O’Sullivan expressed his concerns at the event taking place with fans attending and the possibility of withdrawing altogether if he felt uncomfortable:

“I just think it’s an unnecessary risk. I just don’t think you want to be putting people’s lives at risk. You look at the NHS and you think this is like a war at the moment and it’s those people who have been flat out, and you watch what they go through, and anything to take the stress off them is paramount.”

The discomfort didn’t come in the first round (where he lost last year to an amateur), where he routed Thepchaiya Un-Nooh 10-1, but he felt some in the second against his friend Ding Junhui. Locked at 8-8 going into the final session, O’Sullivan won the 5 frames he needed to win 13-10. And then some more controversial opinions:

“[…] if you look at the younger players coming through, they are not that good really. Most of them would do well as half-decent amateurs, not even amateurs. They are so bad. A lot of them you see now, you look at them and think, ‘I would have to lose an arm and a leg to fall out of the top 50’.”

Naturally, that didn’t go down well with his next opponent, Mark Williams, who lead O’Sullivan 6-2 before losing 13-10 after a spirited comeback from Ronnie.

“I understand what he was saying that the standard’s no good, but that’s compared to him. He is the pioneer for our sport. He is the main man without doubt and the best player in the world. You’d never have another top sportsman in their field sort of disrespecting or slagging off the rest of the tour. There’s no-one on the tour that’s as good as him, but it’s unfair to class everyone else in his standards because it’s not going to happen. And for him to have a go at the lower-ranked players I think is a bit naughty.”

In the semis, he faced Mark Selby who’s been something of an arch-nemesis these past few years. Selby—to date—is the only man to hand Ronnie a defeat in a World Championship final back in 2014. If Ronnie hadn’t felt uncomfortable before, he surely must have felt it in this match.

Facing a 13-11 deficit going into the final session, he managed to smash his way to a final frame decider and it even went down to snookers. But even in silence, Ronnie was rubbing people up the wrong way. This from Selby:

To which Ronnie responded:

“You want to hit it as hard as you can and hopefully get a fluke otherwise I could give 40 points away. Don’t blame me, blame the miss rule. If I was as good as Mark Selby at getting out of snookers, I could maybe get the balls safe. I haven’t got a clue. He is just feeling a little bit sore I suppose, he has just lost a semi-final of the World Championship. I understand that.”

Feel the burn. Regardless of the words and the opinions, Ronnie O’Sullivan is in his 7th World Championship final, aiming for his 6th title to draw level with Steve Davis and become the most successful snooker player of all time with 37 ranking titles, one ahead of Stephen Hendry. And all at the age of 44. There’s still some fuel in the rocket’s tank.