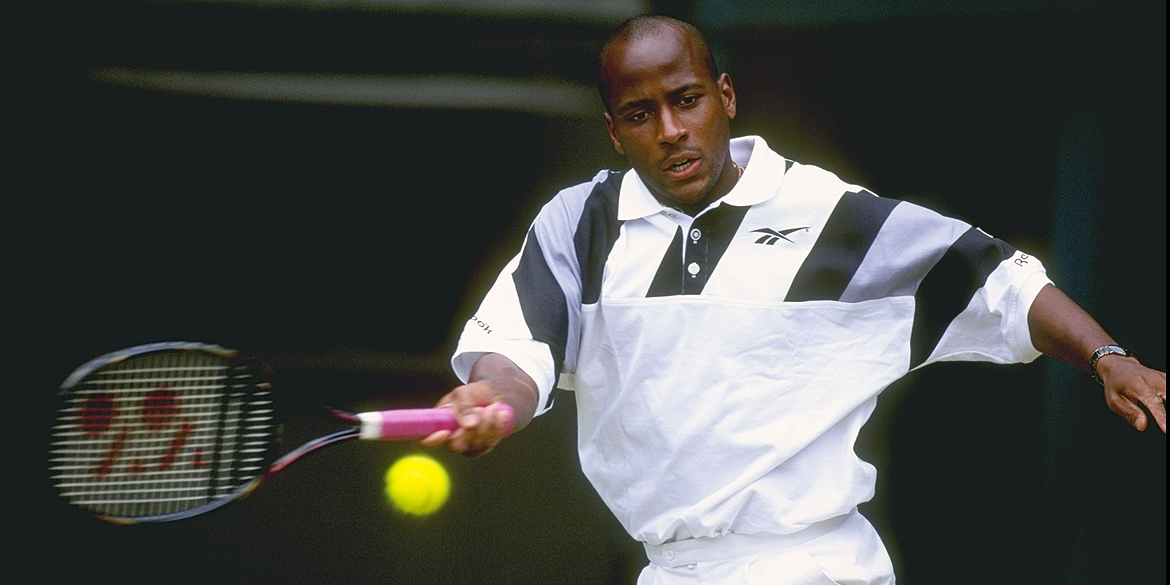 The ATP has had moments of Black brilliance in the form of Arthur Ashe, James Blake, and Yannick Noah, the last Black grand slam champion who won the French Open in 1983. Jo-Wilfried Tsonga career has been plagued with injuries through the latter part of his career but he still remains the last Black player to reach a grand slam final. For MaliVai “Mal” Washington, however, his record of being the last Black American grand slam finalist still stands.

A Washington on Centre Court

Washington reached the Wimbledon final in 1996 as an unseeded player, up against a fellow unseeded player, Richard Krajicek. It was the biggest match for both athletes and the Dutchman captured his only grand slam title in just over an hour and a half. The memory of that amazing feat still lingers for Washington but with a hint of sadness as he discussed with CNN Sport in July:

“It’s distressing. It’s unfortunate and a little sad. I’m surprised that we don’t have more Americans, period, on the men’s side, but also more Black men who are succeeding at a high level.”

The focal point of his interview was to discuss his experiences of racism (the title is a quote from the interview—”I absolutely experienced racism in and out of tennis”). He opined on the difficulty for anyone outside the Big 3 to reach a grand slam final and how that relates to “the numbers game”, or, in other words, there are more Black athletes in other sports:

“A young Black boy who’s five years old, 10 years old, can turn on the TV Saturday or Sunday during any college football or pro football season, and he can see a ton of players that look a lot like him. Guess what? That’s his guy and that’s who he wants to be. That’s not necessarily the case at all with tennis on the men’s side.”

Hitting with Yannick Noah and racism at an early age

He also discussed the moment he got to hit with Yannick Noah as a junior and Noah’s prophetic words of encouragement at the time. But Washington’s racist encounters were obstacles he had to overcome to reach his sporting pinnacle:

And as a top senior professional, he experienced racist microaggressions from the tournament staff (CNN actually reached out to the ATP for comment but “did not immediately respond”). But he wasn’t the only Washington to have those encounters.

In 1998, his father William Washington accused ATP tournament directors and US Open officials of “racist practices” that undermined Mali’s brother Mashiska’s career. His father claimed wild-cards were withheld from his son and other Black players in favour of lower-ranked players. Officials denied racist wrongdoing:

“We’ve tried to help him [Mashiska] along for four years, but there’s a point where you can’t justify to keep on giving wild cards to first-round losers. We felt it was time to look at other developing players.”

Jay Snyder, former tournament director of the US Open

Harry Marmion, the former U.S.T.A. president, was more forthcoming but reiterated the stance that the U.S.T.A. “had always awarded U.S. Open wild cards to deserving players without regard to race or ethnic origin”. Mashiska reached one grand slam proper, going out in the first round to Ján Krošlák in 1999.

While Mali felt regret for not speaking up at the time, he’s making up for that with the MaliVai Washington Foundation, which helps underprivileged kids from urban areas. In 2009, he won the Arthur Ashe Humanitarian Award in for his work with the Foundation, a fitting commemoration given Ashe’s activism for Black rights.

“I think what I what I took from Arthur over the years is, as human beings and certainly as athletes who play on an international level, we have a responsibility to do more than just hit a tennis ball.

But that didn’t stop Washington from having a brilliant career. From his defeat of then-world number 2 Ivan Lendl for the loss of just five games, a year after turning pro, to a highest ranking of #11, 10 career quarter finals (including the Olympics in Atlanta), and wins over Andre Agassi, Thomas Enqvist, Michael Stich, and Goran Ivanisevic, MaliVai Washington achieved remarkable feats and is now spending his time paying it forward for others to strive for the same.