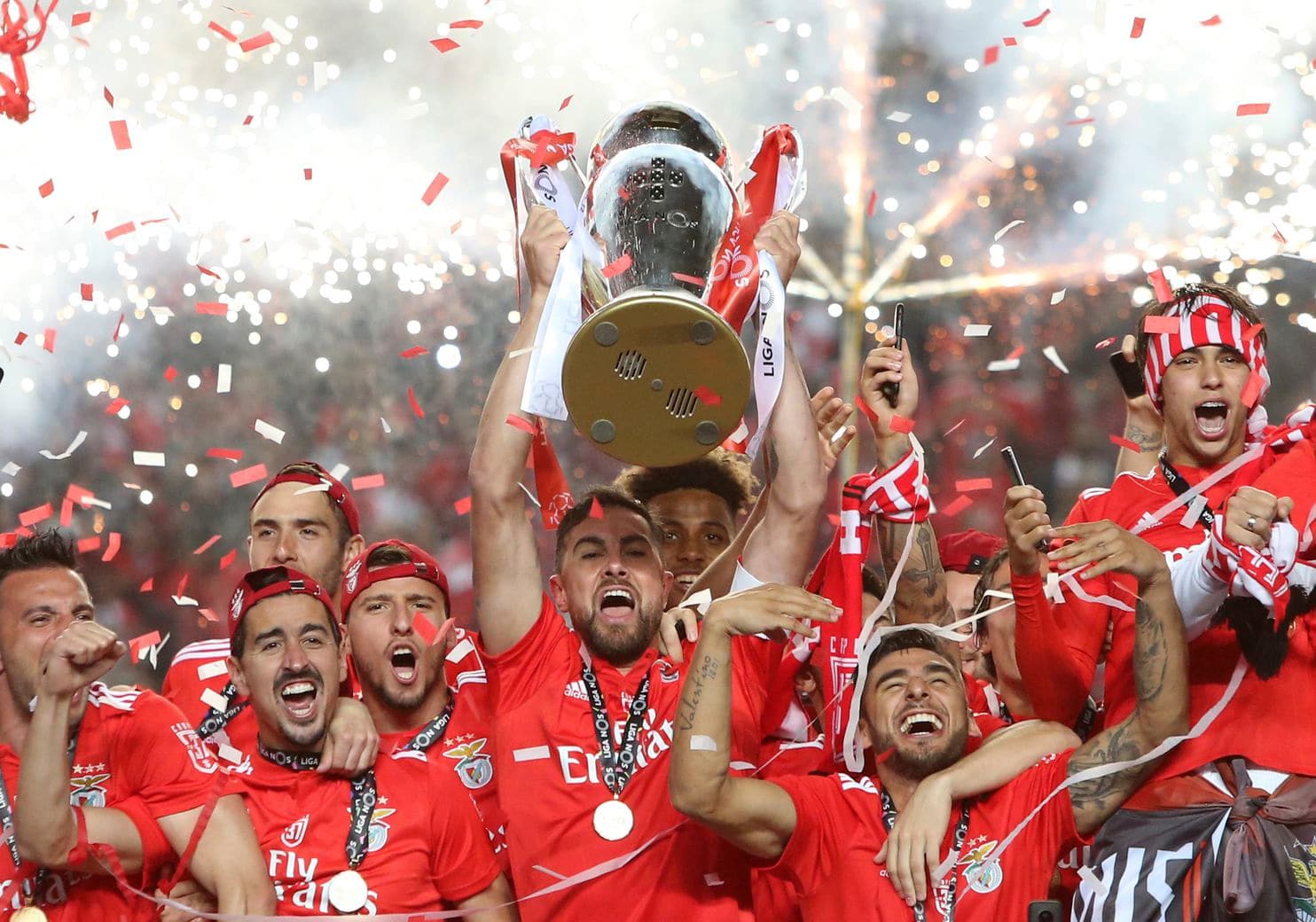 As Benfica celebrates their 5th title in 6 years, what of the other two Lisbon clubs?

In 2017, I went to Lisbon on holiday. It was my first ever solo holiday as I spent a week in the Portuguese capital for my birthday. On the day itself, I was due to see Sporting play Olympiakos in the Champions League. I’d arranged this before going and had completely forgotten Benfica were the “bigger” club in Lisbon. A shocking admission for the editor of a sports website, I know, but I feel like I made the right choice despite the subsequent drama (which I’ll go into later).

Between the three main clubs from Lisbon – Benfica, Sporting, and Belenenses – they have won 56 league titles, 45 Taças de Portugal, and 4 European titles (if you include Belenenses’ Intertoto Cup in 1975). With the majority of the titles going to Benfica and Sporting, what is Belenenses status in the city of Lisbon?

Belenenses is a club with former glories and present troubles. It’s one of the Portugal’s oldest sports clubs, founded in 1919. Their biggest achievement was winning the 1945–46 Primeira Liga and breaking the dominance of Benfica, Sporting, and Porto. Despite a few relegations in their history – the most recent being in 2010 – they are the fifth-most decorated team in Portugal and have the fourth-most seasons in the top flight. Not bad for a club that isn’t even the second biggest in its city. But their past fortunes haven’t inspired them today.

The club will celebrate their centenary season in 2019/2020 with jubilation set to permeate through the stands and the on-pitch performances. But instead, a major split took place.

Back in 1999, Belenenses formed a sports PLC (known as SAD, or Sociedade Anónima Deportiva in Portugal). The law states all Portuguese clubs in the top two professional divisions must operate through these companies with a view to give them “greater financial security and transparency” and open up global investment. The path wasn’t always rosy, with three seasons in LigaPro, but five last-8 finishes in the Taças de Portugal and two European finals appearances was a decent return on investment.

Meanwhile, things behind the scenes were a little murky. Club’s members voted to sell a “51% controlling interest” to an investment group called Codecity Sports Management. This effectively gave CSM control over the team and that spelt the beginning of the end.

It went to the courts and the final judgement was Belenenses SAD (the parent company) would split from Os Belenenses (the original club). SAD would play in the top flight and keep the team but lose the stadium and everything else, including its logo. Os Belenenses started an amateur club and entered into regional leagues. They started with no players but recruited enough to take them up with a 92.3% win record. For Belenenses SAD, they now play their home games at Portugal’s national stadium. Losing most of their support, their first games received crowds of hundreds. They registered the lowest attendance in 2018/19 showing the professional club have a long way to go.

Firstly, some background into the heading. Vela in Portuguese means “candle” but it is also a way to describe being a “third wheel”. The original phrase segurar vela means to “to hold a candle”. This comes from days of Yore when a couple would have a date and, without electricity, a third person would hold a candle and effectively be the third wheel. Anyway, back to the original point.

Sporting are a highly successful sports club in Portugal, winning a slew of titles including the UEFA Futsal Champions League this year – the first in their history. But Sporting have yet to win a men’s football league title since 2001/2. They won two consecutive Taças da Liga in 2017–18 and 2018–19 included penalty shoot out wins against Porto in both campaigns but not without wider controversy.

In May 2018, players and coaches were attacked at the club’s training ground. This incident took place 5 days before their Portuguese Cup final, which they lost to Aves in a shock defeat. The club was already in disarray with numerous players wanting to leave due to unhappiness with president, Bruno de Carvalho. He was accused of orchestrating the attacks at the training ground and created animosity throughout the football club. He was ousted and later charged with terrorism and 98 other counts for his involvement in the attacks. Nine senior players left the club including captain Rui Patricio, Wiliam Carvalho, and Gelson Martins.

Sporting managed to recover and retain some of their players but could only muster another 3rd place finish. Their Europa League campaign was a comedown from last season, going out in the last 32 to Zenit. Much like their local rivals, Belenenses, Sporting have the rich history and capacity to be great but issues behind the scenes have hampered them.

And so to Benfica, the champions. Never been relegated, the most decorated club in Portugal, and one of only nine teams to retain the European Cup/Champions League title. Their history is unprecedented in Portugal. But unlike the other Lisbon clubs, they have carried that success into the present day. In the last 10 seasons, Benfica have finished no lower than 2nd, won league 6 titles, 11 domestic trophies, and finished as runners-up in the Europa League twice (2012/13 and 2013/14). The SAD project has worked wonders for them too. They remained the only Portuguese club to ever appear in the Deloitte Football Money League in 2019, ranked as the world’s 30th highest commercial revenue generating football club in 2017–18, with a revenue of €150.7 million.

That level of success has meant bigger clubs have been swooping in for their players at reduced prices. João Felix is the most sought after centre back right now, with the likes of Manchester United, Juventus, and Real Madrid after him. Andre Almeida is wanted by Everton and Wolves and Tottenham have been rumoured with Gedson Fernandes. Many top players have come and gone at Benfica but they’ve retained their champion status with a healthy fan base (the biggest percentage of home-based members in Europe), an award-winning youth academy, and a fantastic stadium.

With all this home success, it goes without saying that Benfica crave some European glory. They can’t compete with the bigger clubs in Europe for money and players so it’s a testament to their infrastructure that they’ve been able to compete at this level. But that leaves them with a problem faced by teams like Ajax. They’re awesome at home, not quite there in Europe, picked off by everyone else. It becomes harder to retain the services of the best players when European titles are much closer to fruition and wages are even higher. Only time will tell whether Benfica can break through the clutches of the oligarchs.

Lisbon is a beautiful city with a rich history in football at all levels, for men and women. Three top flight clubs and two competing in Europe regularly is a wonderful endorsement for a country often overlooked by its peers. Portugal’s 2016 European Championship win was the finalisation of a decades-old journey to footballing acknowledgement. Maybe some day soon one of the capital’s clubs can grace the halls of European cup history once again.