I stand by Naomi Osaka 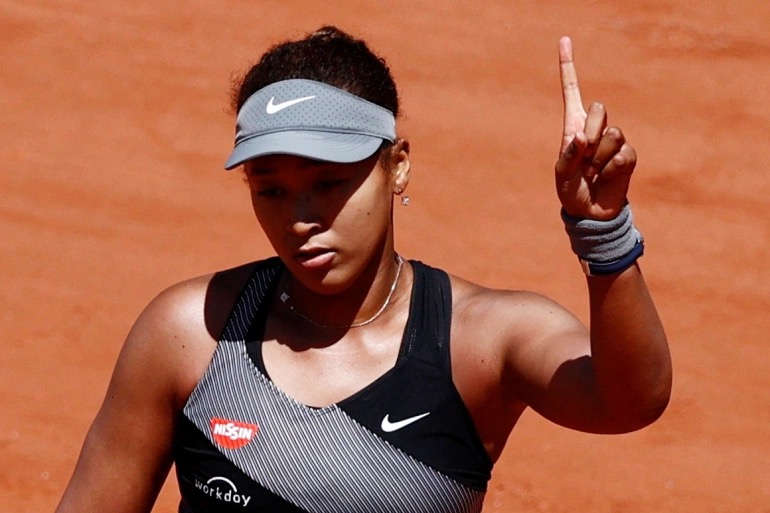 I hate that I have to write this. Some may say I don’t really have to but I’m so angry and fed up and channeling that energy into writing is cathartic, if only for a few minutes.

What I’ll be writing about is Naomi Osaka and her recent decision to pull out of the French Open. It’ll be split into three parts:

It’s going to be a mix of facts and a stream of consciousness. Judging by a tweet I received this morning, some of you reading this will disagree with what I have to say. Cool. But don’t expect a repartee. I’m not interested in hearing both sides and neither are you.

Part I: What the hell happened?

On 27th May, Naomi Osaka posted a message on Instagram stating her intention not to speak with the media during at the French Open due to the toll of press conferences on players’ mental health. In the now-deleted post, she addressed her thoughts on a lack of regard for athletes’ well-being after difficult matches:

“I’ve often felt that people have no regard for athletes mental health and this rings true whenever I see a press conference or partake in one […] We’re often sat there and asked questions that we’ve been asked multiple times before or asked questions that bring doubt into our minds and I’m just not going to subject myself to people that doubt me.”

Missing mandatory press conferences can result in fines and Osaka’s decision polarised tennis players and the media alike. On 30th May, after her first round win against Patricia Maria Țig, she didn’t speak to the media on two occasions and was subsequently fined $15,000. She also faced possible expulsion from the tournament if she continued to miss news conferences.

Today, she announced that she would be pulling out of this year’s French Open after those threats of expulsion.

Hey everyone, this isn’t a situation I ever imagined or intended when I posted a few days ago. I think now the best thing for the tournament, the other players and my well being is that I withdraw so that everyone can get back to focusing on the tennis going on in Paris. I never wanted to be a distraction and I accept that my timing was not ideal and my message could have been clearer. More importantly I would never trivialize mental health or use the term lightly. The truth is that I have suffered long bouts of depression since the US Open in 2018 and I have had a really hard time coping with that. Anyone that knows me knows I’m introverted, and anyone that has seen me at the tournaments will notice that I’m often wearing headphones as that helps dull my social anxiety. Though the tennis press has always been kind to me (and I wanna apologize especially to all the cool journalists who I may have hurt), I am not a natural public speaker and get huge waves of anxiety before I speak to the world’s media. I get really nervous and find it stressful to always try to engage and give you the best answers I can.

So here in Paris I was already feeling vulnerable and anxious so I thought it was better to exercise self-care and skip the press conferences. I announced it preemptively because I do feel like the rules are quite outdated in parts and wanted to highlight that. I wrote privately to the tournament apologizing and saying that I would be more than happy to speak with them after the tournament as the Slams are intense. I’m gonna take some time away from the court now, but when the time is right I really want to work with the Tour to discuss ways we can make things better for the players, press and fans. Anyways hope you are all doing well and staying safe, love you guys I’ll see you when I see you

Part II: Why does this keep happening to Black athletes?

When Osaka came onto the scene, she was infantilised and made out to be a meek, soft-spoken, awkward tennis-playing teenager. Elements of that were true and she admitted to her awkwardness on many occasions. But now she’s a 4-time Grand Slam champion and has shown tennis and the whole world what she wants to use her voice and her actions for. During the Black Lives Matter protests, she wore face masks with the names of Black victims of police murder. The media was astounded by her “courage” and questions flew in left, right and centre.

But humanity isn’t just about being resilient all the time. The strong Black woman narrative is tired and false. Black women are vulnerable, scared, and in need of reassurance, love, and comfort too. Unfortunately, they aren’t allowed to show that without it being weaponised against them. Look at Serena Williams, arguably* the greatest tennis player of all time, her sister Venus, Caster Semenya, Simone Biles, Florence Griffith Joyner (RIP), Eni Aluko to name a few.

And if we were to extend it to Black male athletes, the problems run even deeper. Colin Kaepernick has been ostracised by the NFL for taking a knee during a national anthem and daring to stand up for what he believes in. Somehow, that knee was the most disrespectful thing in the world even though it was neither disrespectful or new.

But in answer to the question “Why does this keep happening to Black athletes?”, it’s because it can. Authorities are aware of the racial disparities that plague their institutions. Black athletes have mastered their crafts and contributed to the prestige and popularity of countless sports but don’t get paid fairly (specifically Black women) and are regularly mistreated. If it’s not bananas or coins being thrown at them, it’s lawsuits (like Caster Semenya) or penalties for being that good (like Simone Biles). Any act of defiance in the face of that adversity warrants punishment in their eyes. No reforms (they don’t work anyway), no structural changes, no examinations, just accusations of disrepute. We will not have our sacred sport be tarnished. Suck it up. Well, that’s not going to happen.

Part III: Will this ever stop?

The short answer is no.

Last year was a watershed moment for me as a Black man, looking out at the responses to police murder and abuse against Black people in the US, UK and around the world. I wasn’t naïve to those facts but the Black Lives Matter protests slapped me hard in the face; the wake-up call I needed. I just wish they didn’t come at the expense of yet more Black trauma. White people dodged their way through the situations with patented words of “solidarity” and voluntarily announcing that they had both 20/20 vision and near-canine hearing as they could see and hear me when I spoke about racism. Good to know!

And that mental fatigue that Osaka alluded to? We all felt that—no, still feel it—and those declarations dripping in white guilt went from trickles to full-on deluges. Until they got tired (they call it ally fatigue). The black squares disappeared to avoid Instagram grid asymmetry. The clear vision and supersonic hearing deteriorated and suddenly, Black people’s decision-making was questioned. Like clockwork!

This could have been handled differently.

That’s not very kind, is it?

I don’t think it has anything to do with race. This is about merit!

Violence is not the answer.

I’m tired, I’m tired of being tired, and I’m tired of writing about being tired of being tired. Being Black is the easy part—it’s the white supremacy I struggle with. It sucks the world dry and affects every living creature on the planet. It comes in some many forms and damages our mental health in implicit and explicit ways. We’re constantly asked to prove ourselves at any given turn. Why should you exist? Prove that you’re worthy of being here.

I can’t speak for Naomi on what she’s been going through so I can’t empathise with her situation on a 1-to-1 level. But I can only imagine how tiring it must be to answer the same banal questions, often relating to her Blackness, and have to give the same responses when all you want to do is say “why are you asking me that? Go to hell.” It’s easy for her white colleagues to say it’s part of the game when they don’t have to answer irrelevant questions about Serena Williams purely because she’s Black so she must know. Know what? There’s no respite. As much as I don’t like Nick Kyrgios, he’s not shy of giving as good as he gets when tennis journalists ask redundant questions (some aren’t but many are). He takes a risk every time he does it and he has literally paid the price. And so has Naomi. And that’s why I stand by her initial decision to not speak to the press and pull out of the French Open. It’s the absolute-scraping-the-floor-of-Hell’s-9th-circle bare minimum she deserves.

And to all the people throwing shade at her and all the Black athletes who have taken a stand against oppressive institutions, we see and hear that and we won’t forget it.

*No arguments from me, personally—she is the greatest tennis player of all time.