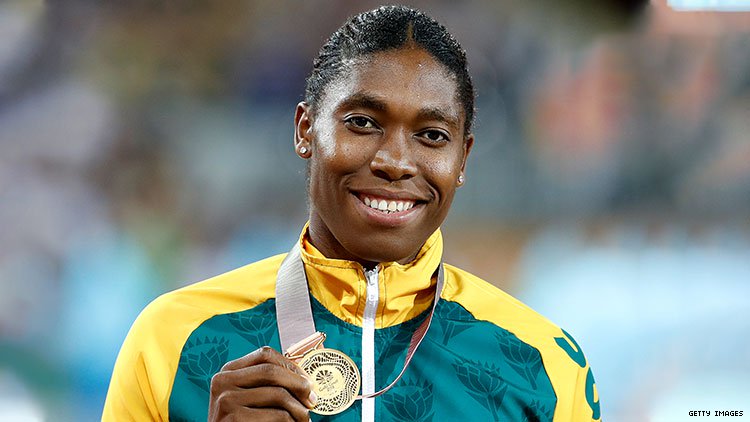 Thanks to the transphobic powers that be, Caster Semenya lost her landmark legal case against IAAF. From 8th May, athletes will be forced to undergo “testosterone-lowering treatment” in order to compete in events from 400m to a mile. That means she won’t be able to retain her Olympic medal unless she conforms to this rule change. But this isn’t about how TERFs like their voices to be heard above all. This is to celebrate Caster Semenya and her achievements so far.

Semenya has won 3 World Championship golds, 2 Commonwealth golds, and 2 Olympics golds as well as a host of junior and national gold medals.

Semenya was named South African Sportswoman of the Year Award in 2012 and received the bronze Order of Ikhamanga in 2014.

I could never give up athletics. Running is what I will always do. Even if, maybe, the authorities could have stopped me from running in 2009, they could not have stopped me in the fields. I would have carried on with my running; it doesn’t matter. When I run I feel free, my mind is free.

Education is the key. If you are educated, nothing can defeat you.

Semenya’s spirit in the face of everything she faces is admirable. She continues to win races even when people think she shouldn’t. I know I couldn’t do it so I have the utmost respect for her as a woman and a human being for her persistence. We all should.