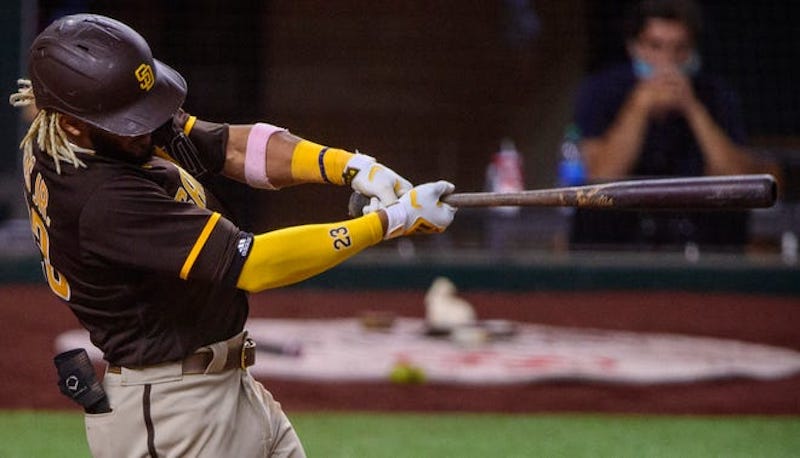 I know very little about baseball but you don’t need to be an avid fan to know this is messed up.

Fernando Tatis Jr., who plays for the San Diego Padres, is bossing it right now. According to SB Nation, the shortstop has 11 home runs in his first 23 games of the new season and he’s posting a .305/.383/.726 slash line at the plate. He’s also 21 years old.

He exhibited that fine form in style against the Texas Rangers on Monday night but Rangers manager Chris Woodward didn’t like it.

The Padres were 7 runs up when Tatis took to the plate in the 8th inning. With a home run under his belt already and sitting on a 3-0 count, Juan Nicasio pitched the ball down the middle and Tatis dealt with it accordingly – home run #2. That gave him a grand slam, which is when you hit a home run with all players on all three bases (known as “bases loaded”).

But Woodward was unhappy with it, not because it put his team further behind but because of an “unwritten rule”:

“I didn’t like it personally. You’re up by 7 in the 8th inning, it’s typically not a good time 3-0. It’s kind of the way we were all raised in the game. But… the norms are being challenged.”

For those who don’t know (and I had to look it up), it’s an unwritten rule that players shouldn’t swing on a 3-0 count while they’re way ahead. The nearest equivalent I can think of is in soccer when someone is injured and the ball is kicked out of play so the player can receive treatment. The opposing team usually gives the team the ball back to the team who kicked it out (a notable case where that didn’t happen, between Arsenal and Sheffield United in the FA Cup in 1999, resulted in a replay of the entire match.)

Okay, so an awesome young player rubbed an opposing manager the wrong way. It happens. But Tatis’s manager had his back, right?

What patronising nonsense. Screw your unwritten rules, this is a sport and source of entertainment. But it got sadder from there as Tatis then came out to apologise for hitting a grand slam:

Has anyone stopped to think that he didn’t know about it because it’s not worth knowing? I’m inordinately angry about this and all I can say is if Tatis gets another opportunity to swing at 3-0 with a grand slam on the cards, I hope he takes it.