Jason Williams and his wild passing during All-Star Weekend 2000 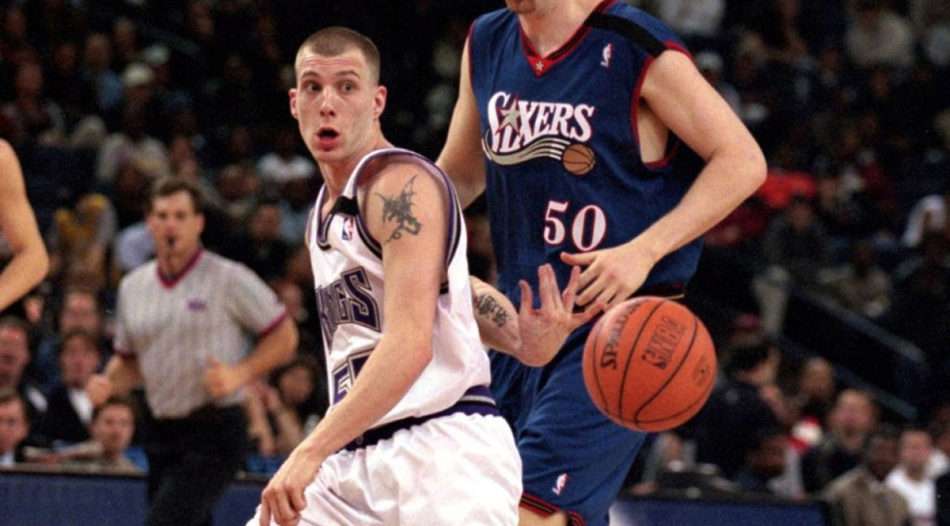 When it comes to NBA All-Star Weekend, the reins are off and you can relax. But Jason Williams didn’t know how to be anything but relaxed and showed it during All-Star Weekend in 2000.

As a member of the Sophomore team in the Rising Stars Challenge, he played with the likes of Dirk Nowitzki and Paul Pierce against a talent-filled Rookies team including:

Williams was already known for his unique style of passing which worked sometimes and not others. Chest passes were not in his arsenal, let’s put it that way. And neither were dunks – all 9 of the points he scored came from the 3-point line or beyond, including one that could have scaled the Empire State Building.

But the highlight of his performance came with less than 6 minutes on the clock. Dribbling towards the basket, he pulled off his patented “elbow pass” to Raef LaFrentz, who subsequently got fouled. But that didn’t stop the crowd from applauding the pass.

Williams went onto win the NBA Championship with the Miami Heat in 2006 and was voted one of their top 25 players of all time in 2007.