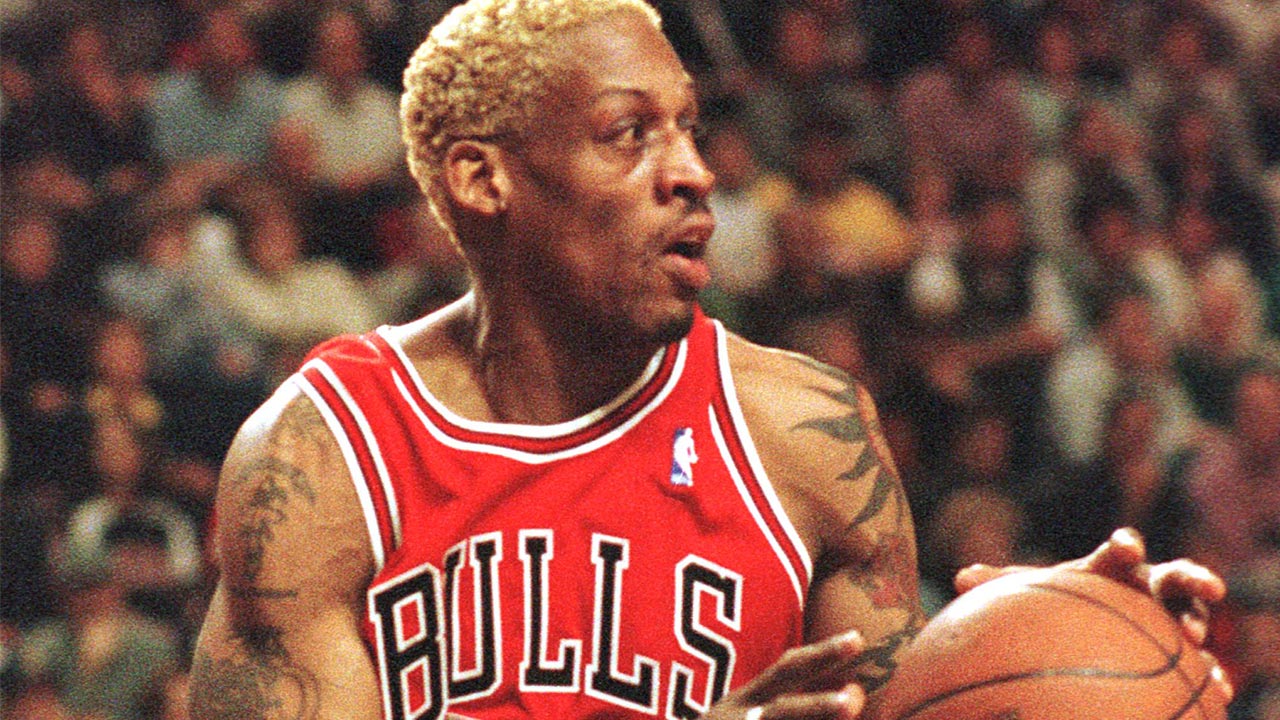 Rodman also accused of namastealing more than $3,500 worth of merchandise with accomplices.

This is… something. A yoga studio called Vibes Hot Yoga is alleging a theft of over $3.5k worth of merch including a 400lb crystal by none other than Dennis Rodman. Yes, former Chicago Bulls power forward, Hall of Famer, 5× NBA champion, failed wrestler, Dennis Rodman.

“As the good person that I am, I said, ‘OK, guys, let’s go over here and do one thing.’ And they call it a heist. They call it a heist, because guess what? That (expletive) company, I guess you call it yoga or something? They’re broke. … I don’t need to steal (expletive).”

The video evidence apparently shows a man with Rodman moving the geode “onto a dolly and dropping it, causing it to shatter”. The pieces are gathered and placed back before escaping. You just can’t get the staff these days. The police investigation is ongoing.

This isn’t new territory for Rodman, at least the controversy. In 2018, he cried with happiness over the Donald Trump and Kim
Jong-un summit. The fact he was wearing a MAGA hat in the video tells me all I need to know: screw that guy.