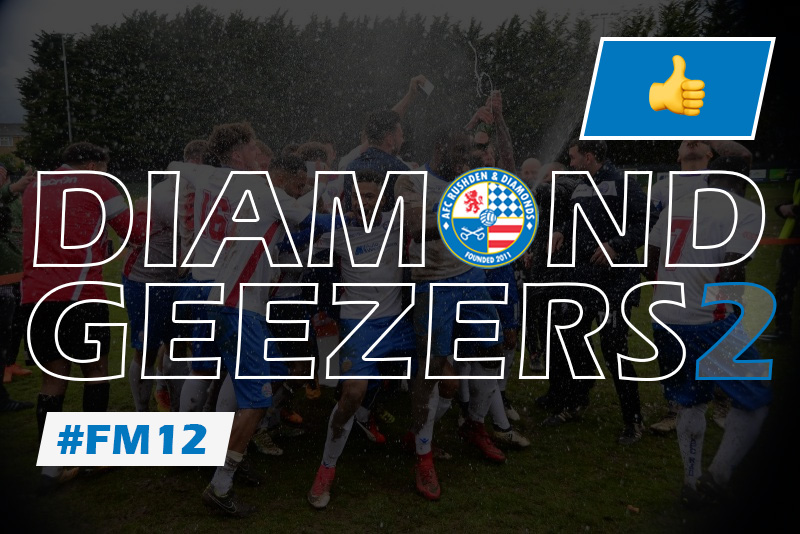 Now everyone’s stuck in, we’re struggling to find things to watch. But there’s plenty of streams and video series to check out while we’re all self-isolating.

For anyone who enjoys Championship Manager or Football Manager, you may know Mike Paul. His stories with Rushden & Diamonds and Los Coladeros are the stuff of niche footballing legend. But he’s now revived Rushden for Diamond Geezers 2 and it’s on YouTube and Twitch.

According to his Medium post announcing the series, Mike said he wanted to try a different game “since we’re still ploughing ahead with Los Coladeros” on 01/02 and since FM12 was “the oldest Football Manager game he had in his Steam library”. But since the original Rushden & Diamonds team folded in 2011, Mike took over at the new club, AFC Rushden and Diamonds, who’d entered the English league pyramid in 2012.

The series will be streamed live on Twitch but for those who can’t catch it, you can also catch the recorded streams on Mike’s YouTube channel as he tries to make his way through the English Southern League Division One Central. Mike is 7 episodes deep so I won’t give away any major spoilers but I will say one name: Omar Koroma and Steve Claridge. I’ll say no more.