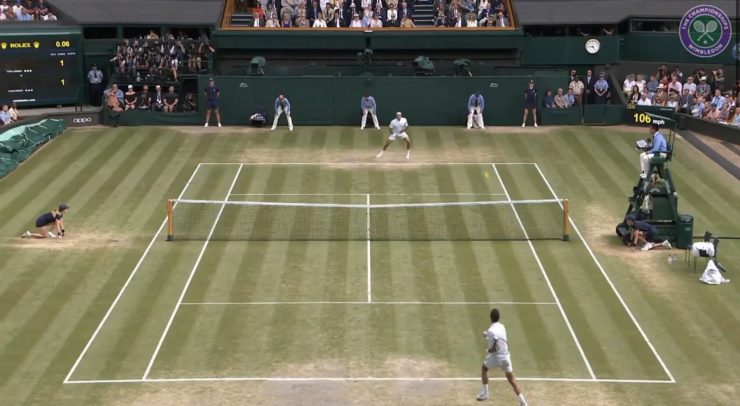 Full disclosure: I’m still not over That Men’s Final on Grass from 2019. As you can see, I can’t even write the words down. I try not to think about it too much or it upsets me. But what if you could change the outcome of a rally or a match using AI and some video clips? That’s where Vid2Player comes in.

Using behavioural models and video clips, Vid2Player can produce imaginary rallies between players and it got the backing of athletes:

According to expert tennis players, the rallies generated using our approach are significantly more realistic in terms of player behavior (sic) than video sprite methods that only consider the quality of motion transitions during video synthesis.

If they could make Federer convert one of those match points, maybe I could sleep easier at night.