The sound of skating on thin ice 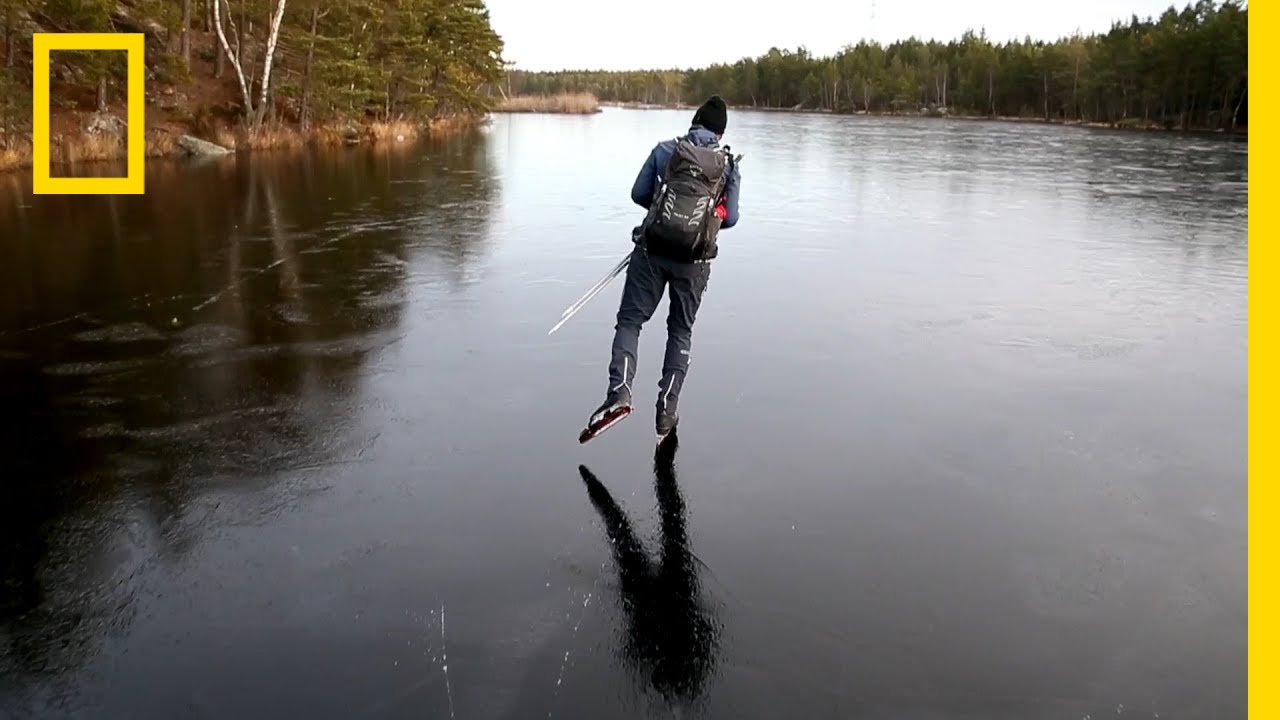 You know the phrase “skating on thin ice” but have you ever heard it?

When a lake called Kvarnsjön outside Stockholm in Sweden freezes, the thin black ice emits unique sounds when skated on. Swedish mathematician Mårten Ajne was filmed by NatGeo in their feature about the discipline, known as “Nordic skating” or “wild ice skating”.

A skater seeks out the thinnest, most pristine black ice possible—both for its smoothness, and for its high-pitched, laser-like sounds.

When asked why he enjoyed skating on thin ice, Ajne said:

The simple explanation is it’s the most efficient non-mechanical way to get around. It’s really leisurely, unlike running. But I think the main driver behind it, in a more philosophical sense, is the urge to push yourself, because it’s a challenge.

Of course, since black ice can be super thin, it’d be dangerous to skate alone and unprepared so don’t try this home alone etc.