Ian Wright used to cut off his Arsenal shirt collars 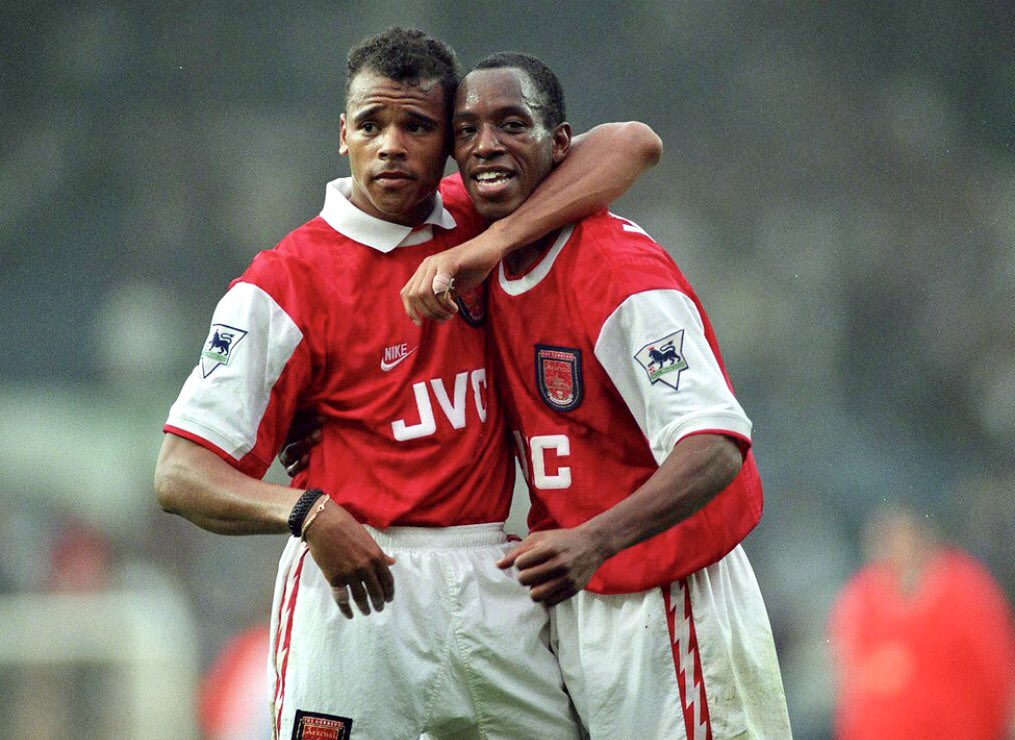 Earlier today, I saw a picture of Ian Wright in his Arsenal home shirt from 1995/96. Nothing out of the ordinary except I’d seen him in that shirt before without the collar and it got me thinking: did he have a custom shirt made for him without the collar? Did he tuck it in?

Well, I wasn’t the only one to wonder this:

It turns out Ian Wright used to cut the collar off altogether:

Ian Wright used to tuck his collar inside and then started cutting it off altogether. It’s something he has talked about in interviews, says David Dein asked him to stop doing it as parents were getting in touch saying their kids were taking scissors to their Arsenal shirts.

Good news is someone else in the thread found an episode of the We’re Not Playing Snooker podcast with Andy Goldstein and Ian Wright where he told the whole story. The gist is he didn’t like the collar, initially tucked it in and then just cut it off. But then Nike spoke to David Dein who told him to stop cutting it off because kids were doing the same.

So there you have it. I’ve always been fond of Arsenal shirts (particularly the blue lightning bolt one from the same season) but I agree with Wrighty—it didn’t need the big collar when it had a round neck already.