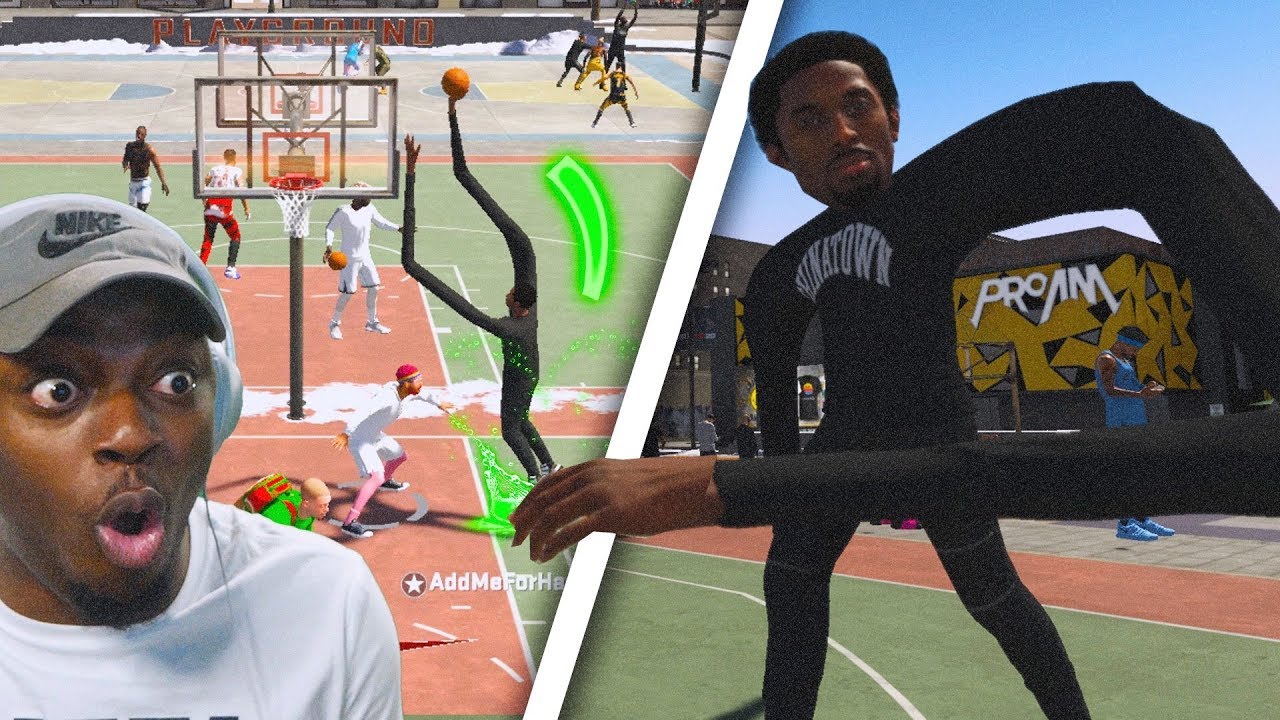 I recently bought NBA 2K20 for the Switch when it was 95% off (it cost me £2.99 I believe—thanks Nnesaga). I’ve never played it before but in the words of Dave Chappelle, who could pass up a sale, son? It was 3 dollars!

But before I did, I found this hilarious video uploaded by a YouTuber called Tray. The video starts with a disclaimer—the video was scheduled for release that day but it unfortunately coincided with the shocking death of Kobe Bryant (who was the focus of the video).

The video goes into Tray playing on The Playground (or “The Neighbourhood”), an area where players can play in multiplayer game mode, ride around on bikes, and other things. After a game with a couple of white characters, we catch the first glimpse of Hacked Kobe Bryant.

How hacked? As if Kobe Bryant wasn’t legendary enough, this one had arms twice as long as his body. Hilarity ensued as Tray and his friend struggled to beat Kobe and his invisible partner. Yes, you read that right: Hacked Kobe’s playing partner was invisible. Maybe it was a homage to Ralph Ellison?

It’s one of the funniest sports gaming videos I’ve ever watched and it was like something out of Hotel Transylvania but with an outdoor basketball court. Kobe Bryant’s passing was sudden and tragic but I’m sure he would have appreciated the ridiculousness.