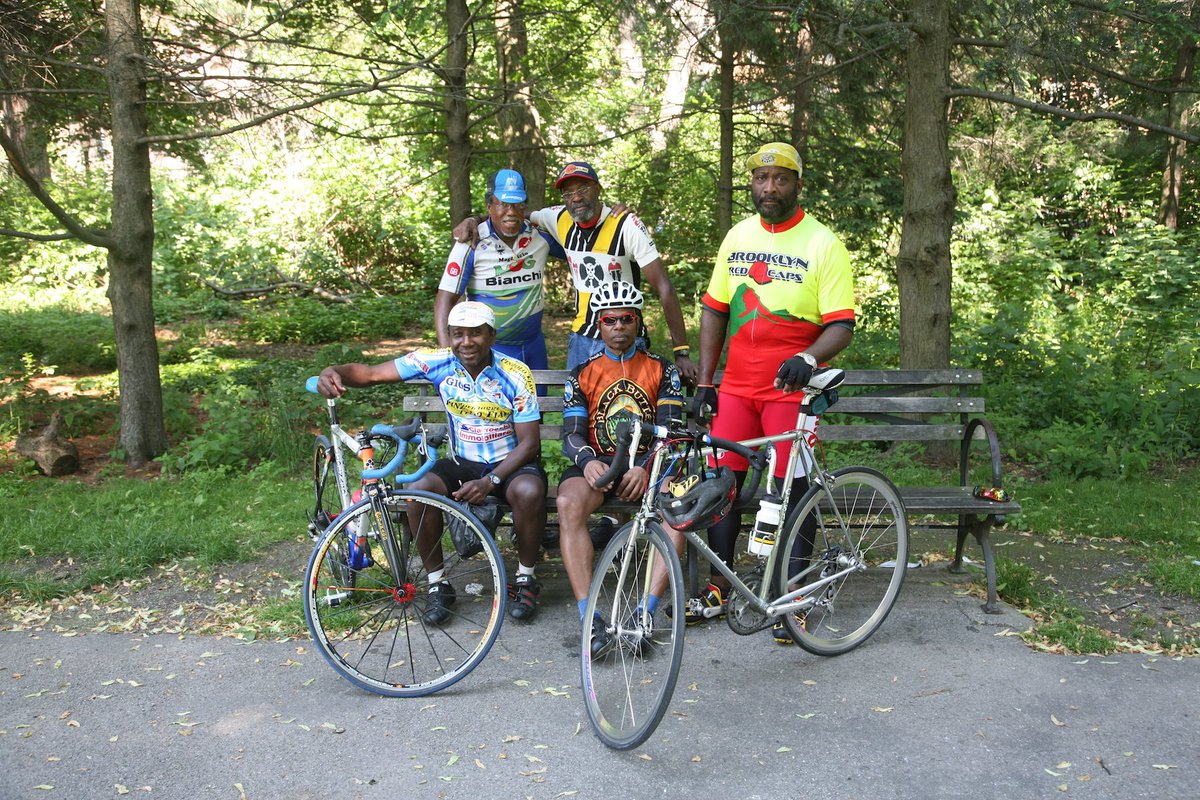 Despite the heroics of Major Taylor, one of the greatest cycling champions of all time, Black cyclists are still in a minority and don’t get the same success or endorsements as their White peers. But that adversity hasn’t stopped a New York-based cycling group from pushing the limits of endurance cycling since the 70s.

Who are the Brooklyn Red Caps?

The Brooklyn Red Caps is a groundbreaking Black cycling groups from New York. The group was founded by Brooklyn riders who’d meet at the entrance of Prospect Park ride for up to 100+ miles. Those gruelling rides helped to put Black New Yorkers on the cycling map and in the history books alongside the likes of Major Taylor, L&M Tourers (later Major Taylor Cycling Club NY/NJ), another group that featured Black cyclists, and five Black women who cycled from New York to Washington DC.

There are differences between the two groups: the Red Caps were predominately male and engaged in endurance rides while L&M Tourers was open to all genders and rode for fun. But one cyclist was a member of both. Mel Corbett started riding with the Red Caps in the 80s and then joined L&M. He said it was difficult to break into their peloton:

“If you tried to ride with the Red Caps, they would just take off and leave you, and then they’d come back and smoke a blunt on the park bench. If you somehow made it back, they’d laugh at you: ‘Who’s this guy, trying to ride with us?’ You’d be humiliated.”

Mel Corbett on his experiences riding with the Red Caps

Other Red Caps include James Joseph, a Guyanese cyclist who competed at the 1980 and 1984 Summer Olympics (he also set the 200m Flying Start world record at the International Cycling Union (UCI) World Masters Championship in 2017), and actor Luis Antonio Ramos.

Ages of the cyclists range from mid-twenties to late-eighties and since the riders are much older, rides rely on good weather to continue. Regardless, groups like the Red Caps and L&M have been influential to cyclists such as Josh Hartman, a Brooklyn-native who rode with the Red Caps when he was 11 and had hoped to compete at the 2020 Olympics as he was on course for qualification (damn, coronavirus).

Until then, you’ll find the Red Caps at the entrance to Prospect Park at Ocean Avenue and Lincoln Road. Don’t be late or you’ll get left behind.