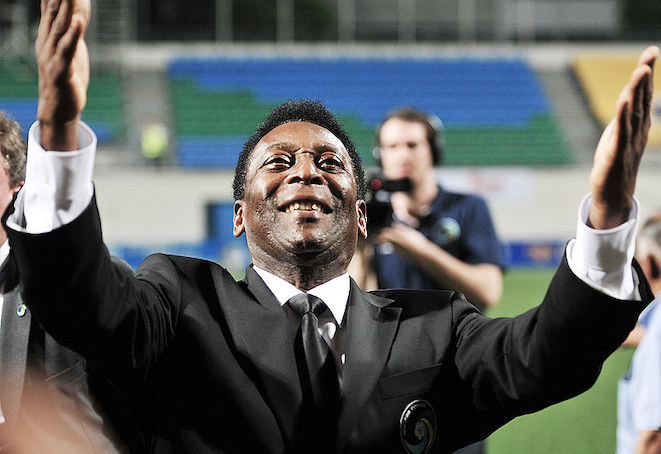 Musa Okwonga knocked it out of the park with his piece on Pelé and the Brazilian legend’s complex legacy as a global icon. It comes after a new Netflix documentary detailing his life and journey to becoming *one of the greatest footballers of all time.

There’s a lot of brilliant subtexts in this article so I’ll pick a couple that stood out for me.

The first was regarding Pelé’s goalscoring record and addressing the controversy of his total including goals from friendlies:

[…] Pelé retired from playing football at 33, an age which seems remarkably young until you consider that, by that time, he had played in 1,363 games: almost 75 games per season, or one game about every five days, for 18 years.

During that time, Pelé achieved a goal tally of which he was notably proud, finding the net 1,281 times, or 0.94 times per match. That tally has more recently been the subject of much mockery, with the observation being made that several of these games were friendly matches. That observation misses the point. Pelé was not just paid to play football: He was paid to be paraded. The physical demands placed upon him would have horrified most modern physiotherapists, and probably horrified quite a few of his era.

This is the first time I’ve seen someone address the friendly goals and offer a considerable reason why it shouldn’t be mocked. Imagine a modern player scoring nearly a goal a game every 5 days of his playing career. It wouldn’t last very long.

Then there’s the god analogy and likening Pelé to Zeus, which I thought was bold but made sense:

When it comes to football, he is a god, but as gods in other contexts know all too well, the mere act of being in heaven does not make you immune from challenge. If Pelé were a Greek god, he would be Zeus: the greatest of names in his firmament, frequently acknowledged as the king of all he surveys, but constantly getting himself into conflicts with supposedly lesser beings.

I could go on but you should read the whole thing and then watch the documentary.

Stream the trailer below.

* Debate amongst yourselves who the GOAT is but if you ask me, it isn’t Cristiano Ronaldo.