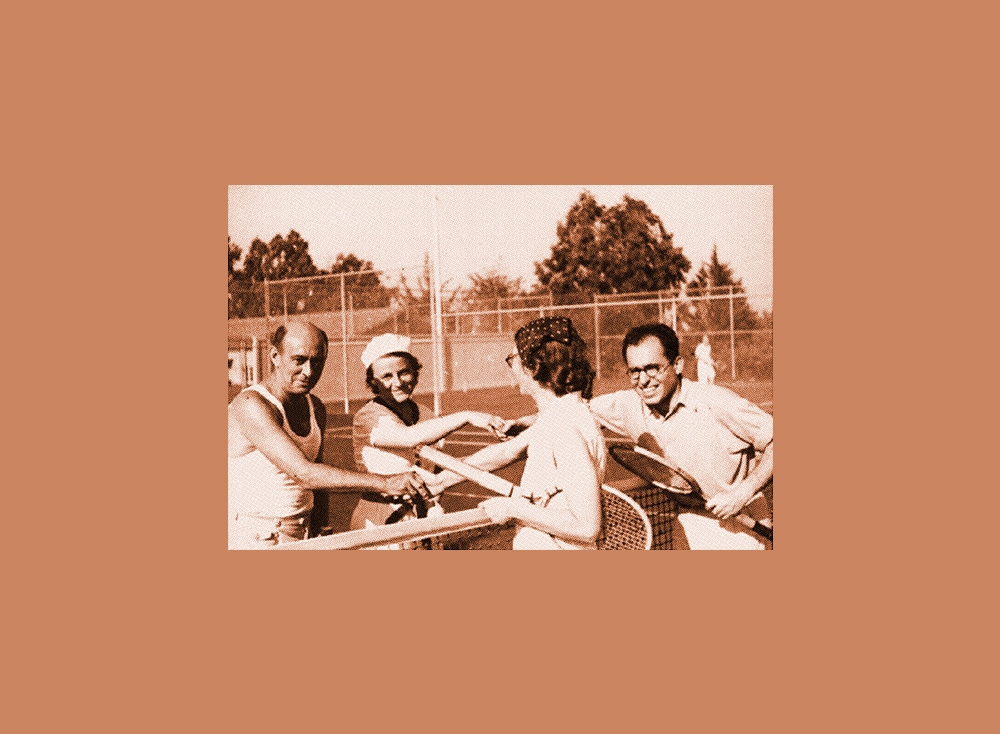 Did you know the avant-garde composer Arnold Schoenberg had a special system to notate tennis matches?

After fleeing Vienna for California in 1933, the composer enjoyed tennis matches with none other than George Gershwin. Schoenberg was also fascinated by “rules, analysis, and invention” and “would come up with a form of notation to transcribe the tennis matches of his athlete son Ronald” according to Mark Berry in his book, Arnold Schoenberg, and that culminated in his system of notations (below):

The glyphs are runic in nature and, without a degree in cryptology or something, I can’t spot a discernible pattern. But it’s pretty cool.

Open Culture had some thoughts on the notations:

The marks look vaguely similar to those of certain dance notation systems, a natural enough resemblance considering the kind of footwork tennis demands.

And, Berry wrote that Schoenberg did something similar for chess but with different kinds of pieces:

He came up with “an expanded four-player, ten-square version of the traditional game,” writes Berry, “involving superpowers and lesser powers all compelled to forge alliances, with new pieces such as airplanes, tanks, submarines, and so forth.” Schoenberg’s “coalition chess,” as he called it, seems to have caught on no more than his tennis notation system did. But then, the man who pioneered the twelve-tone technique never did go in for mass acceptance.

To hear more about Schoenberg and Gershwin’s tennis matches, check out this 2 minute audio clip from WQXR.