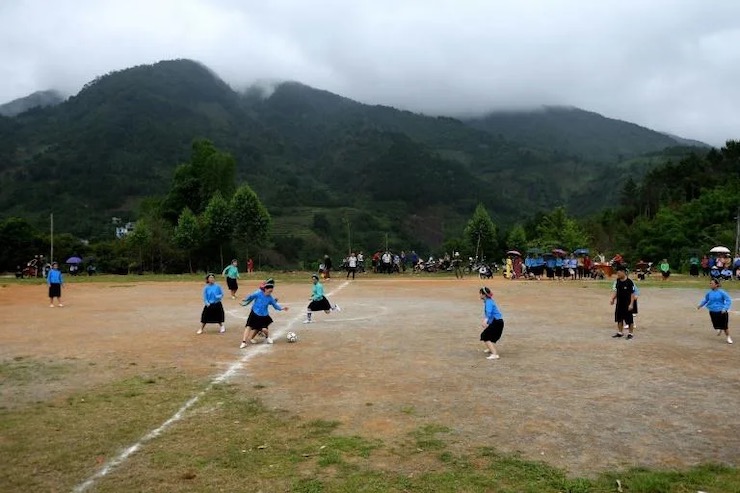 Tran Thi Minh Ha wrote about a group of Vietnamese women who play soccer on gravel pitches and have garnered national praise for their efforts.

The all-female squads of Huc Dong commune, a mountainous village only 40 kilometres from the Chinese border, have little time to practise and may spend months away from the sport when it’s time to tend their crops.

But the commitment of the women, who hail from the San Chi ethnic minority group, has earned them respect — plus a little money and fame — in football-mad Vietnam.

Since they began playing in 2016, the women have featured regularly in national press and across social media.

But they are far from the only success story in women’s football in Vietnam, with the national side multiple South East Asian championship winners.